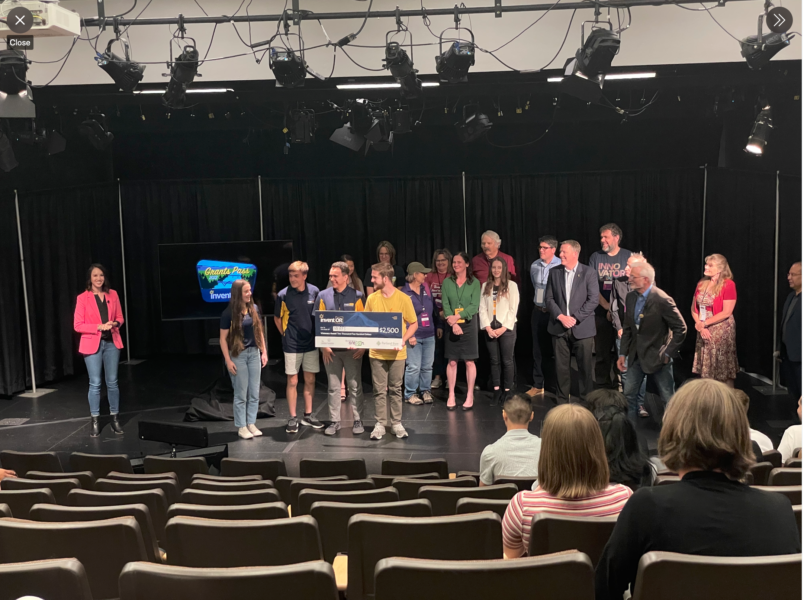 InventOr throws open the doors to invention and entrepreneurship.

Pam Horan and I worked with Juan Barraza and Angela Jackson to create a new award as part of the InventOregon competition several years ago. InventOR is a statewide competition for teams of inventors and entrepreneurs from colleges across Oregon. Named the Visionary Award, it was designed to reward teams that aspired to do really bold things.

This year’s winner was NERFs (National Early Response Firefighting System) from OregonTech in Klamath Falls. According to the Klamath Falls Herald and News “The 10-person team administrated by Graeme Wiltrout and Dylan Yoshinaga has designed a mortar system for launching fire retardant from remote locations using automatic aiming and launching.” That article continued “I’ve personally known a lot of my friends and family who in the recent years have had to relocate because of fires,” Team NERFS’ software engineer Logan Rivera said to KCC. He hopes that Team NERFS’ invention will bring peace of mind to those who live in areas that have been sensitive to wildfires.”

Given the impact of wildfires across the West, particularly in Oregon, we felt that NERFS was a great example of the ambition that we hoped to reward with the Visionary Award. This is the second time that a team from Oregon Tech has won this award.

HMTA has recently made a three year commitment to sponsor this award.

“For too long, people have thought that invention and entrepreneurship was only appropriate for other people, with other backgrounds, attending other schools,” said Peter Horan, HMTA founder. “This competition involves students from more than twenty colleges and universities across Oregon. We saw great inventions for agriculture, fashion, skateboarding and, of course, firefighting. InventOr is throwing open the doors to invention and entrepreneurship.”